Redness and capillaries on the face are very common in Australia owing to the effects of sun exposure over many years with up to 40% of the fair skinned population suffering from some form of Rosacea. In its mild forms Rosacea manifests as transient flushing and blushing of the nose and cheeks usually in response to things such as hot spicy food, alcohol (particularly red wine), sun exposure, radiant heat from heaters and open fires, and embarrassment. Rosacea can then progress to fixed redness and visibly dilated capillaries on the nose, cheeks and chin.

Facial capillaries and redness can be effectively removed or significantly reduced with a combination of vascular Laser and IPL treatments. Light based treatments of this type work on the principle of a short pulse of intense light being delivered to the skin to selectively heat up the underlying blood vessels without burning the skin surface.  This is achieved by using a wavelength or combination of wavelengths of laser light that are strongly absorbed by the red haemoglobin in the red blood cells. A short pulse of high intensity light is used so that by the time the blood vessels are heated up to the desired temperature the laser pulse has finished and so no further heating of the surrounding tissue occurs.  This results in shrinkage of the blood vessels with minimal damage to the surrounding skin.

A course of one to three treatments with the vascular laser is used to reduce the visible capillaries particularly on the nose, cheeks and chin.  This can then be followed by further IPL treatment to treat any background redness.

Most individual facial veins and capillaries are able to be effectively removed in one to three treatments with the Iridex Varilite 532/940nm vascular laser system.  Background redness can be reduced by 50 -70% with a course of IPL treatments.

The skin is thoroughly cleaned of any make up or sunscreen prior to the treatment.  A water based gel is then applied over the area reducing discomfort and protecting the surface of the skin. The laser is then used to trace the capillaries or veins with a rapid series of pulses.  There is some minor discomfort particularly around areas such as the nostrils and tip of the nose (similar to being flicked with a rubber band).  The capillaries disappear at the time of the treatment but a few may reoccur and require further treatment.

A scanner and computer pattern generator can be used to treat larger areas or where small vessels are so numerous that it is impractical to treat them individually.

A post laser lotion is applied to the treated areas following the procedure.  Small crusts may appear over the treated vessels which should be kept moist and allowed to fall off naturally. A follow-up treatment can be done after four to six weeks if necessary.

There is minimal down time after a vascular laser treatment, however the skin is often red for several hours to several days depending on the intensity of the treatment and the area covered.   Small crusts may appear and can remain for 5 to 7 days particularly on heavily treated areas.

Transient hyper-pigmentation is rare and usually settles over several weeks if it does occur.  Occasionally redness may persist for up to a week.

Vascular laser treatments range from $350 – $500 and take approx 30 to 45 minutes.  Medicare rebates may apply for large/disfiguring areas visible for more than three meters. 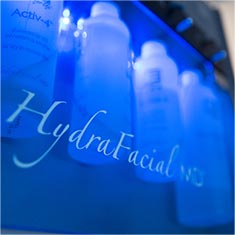 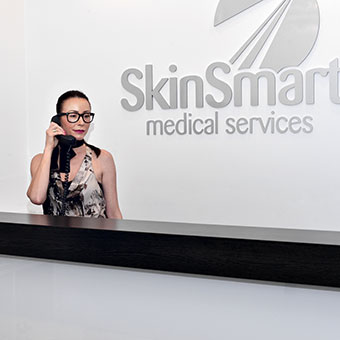